Giving Respect Where Respect Is Due

What is the latest news about Multicultural Center of Marin’s work around COVID-19?

In 2021, Marin Community Foundation provided $100,000 that will allow MCM to distribute $500 each to 200 unemployed individuals living in the Canal. In addition, MCM received $125,000 from the California Immigrant Resilience Fund 2 (a fund of the Tides Foundation) to distribute to Marin County undocumented immigrants affected by the COVID-19 pandemic.

We want to help people avoid eviction or assist the homeless in locating housing. The Tides Foundation monies will help about 60 families. Also, the Public Health Institute has given MCM $25,000 to provide outreach and information to slow the spread of COVID-19, including access to vaccinations, in especially impacted communities.

Women’s History Month, which is in March, is important because it’s a chance to think about and give respect to women who have led the way for change. But, it’s not just one month each year. Much like Black History Month and Hispanic Heritage Month, it has been seen as something that can only be celebrated for 30 days. Every day of every month women make valuable contributions to our communities.

March 31st was a federal holiday to honor César Chávez’ birthday. Who is César Chávez and why did MCM staff honor him?

For more than a century, farmworkers had been denied a decent life in the fields and communities of California’s agricultural valleys. In 1962, César Chávez, along with Larry Itliong, a Filipino farm laborer and Filipino community leader, and Dolores Huerta founded the National Farmworkers Association, which later became the United Farm Workers (UFW). Union members fought for just wages, medical protection, and better living conditions.

Chávez emphasized direct but nonviolent tactics, including pickets, boycotts, and marches, to pressure farm owners into granting strikers’ demands. As a labor leader, he went on several hunger strikes. 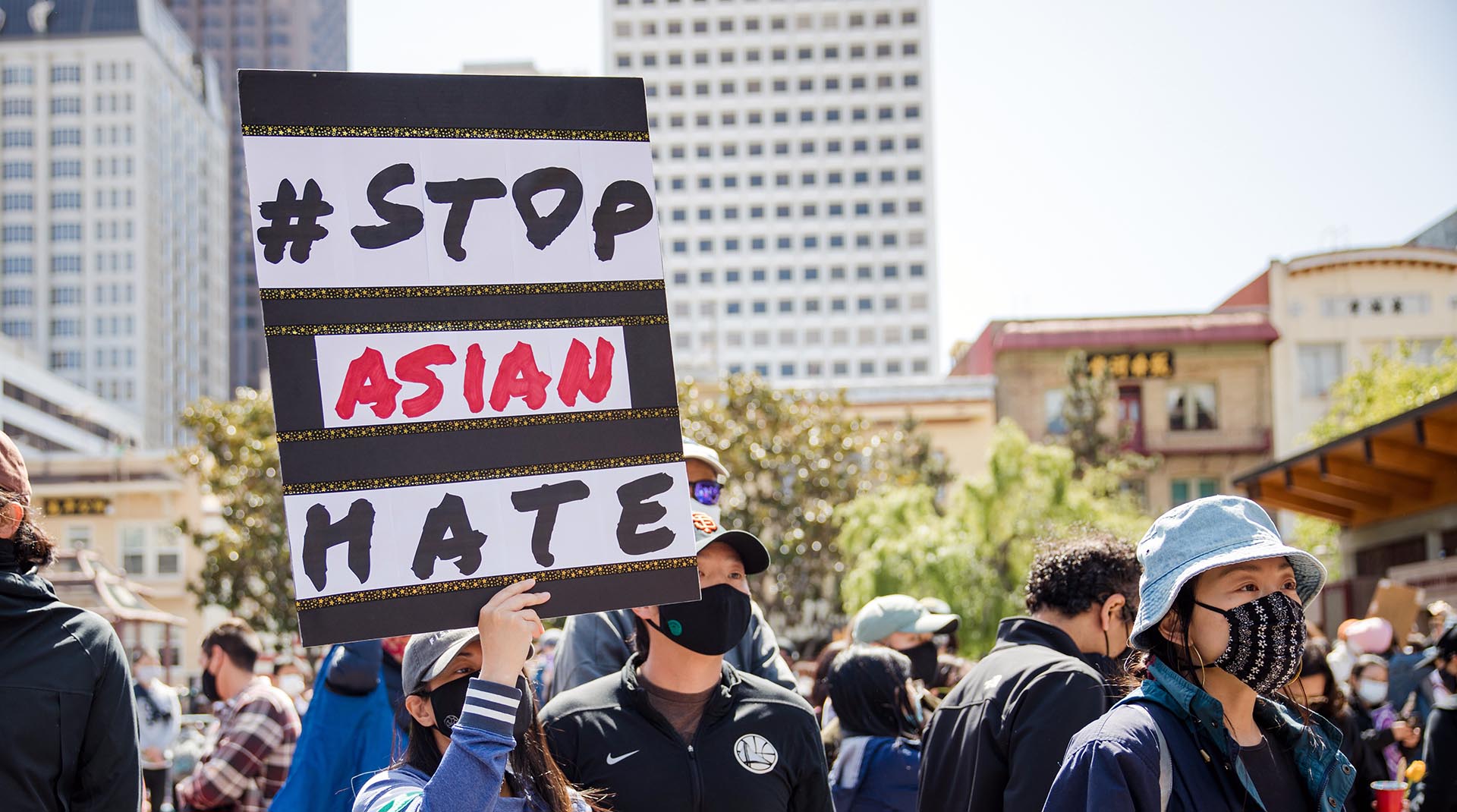 In Solidarity with our Asian Neighbors

We grieve for the six Asian women murdered on March 16 in the metropolitan area of Atlanta. That day, there were two more deaths and one person was injured. Our hearts go out to their family members and friends. But, this is not an isolated act. In the U.S., anti-Asian hate and violence has been widespread and pervasive for more than 100 years.

On March 24, Vilma Kari, a 65-year-old woman who immigrated from the Philippines, was walking in Manhattan when she was violently kicked to the ground, where she was stomped multiple times.

“I am horrified by this violence,” says Douglas Mundo, executive director of Multicultural Center of Marin. “We must denounce all acts of violence and hatred. We need to treat each other with dignity, respect, love, and compassion.”Here in the S.F. Bay Area, there has been a spike in racial slurs and physical attacks against Asian Americans, especially elderly residents.

The MCM staff is multi-racial. “We are allies and have made a commitment to speak out and take action Against Asian Racism,” Mundo says.

Taking a stand against racism is more than posting on social media. There are several things each of us can do to show our solidarity – from attending protests to checking in on our AAPI friends and neighbors, to confronting racism in our community, and to supporting Asian small businesses.

We need to treat each other with dignity, respect, love, and compassion. 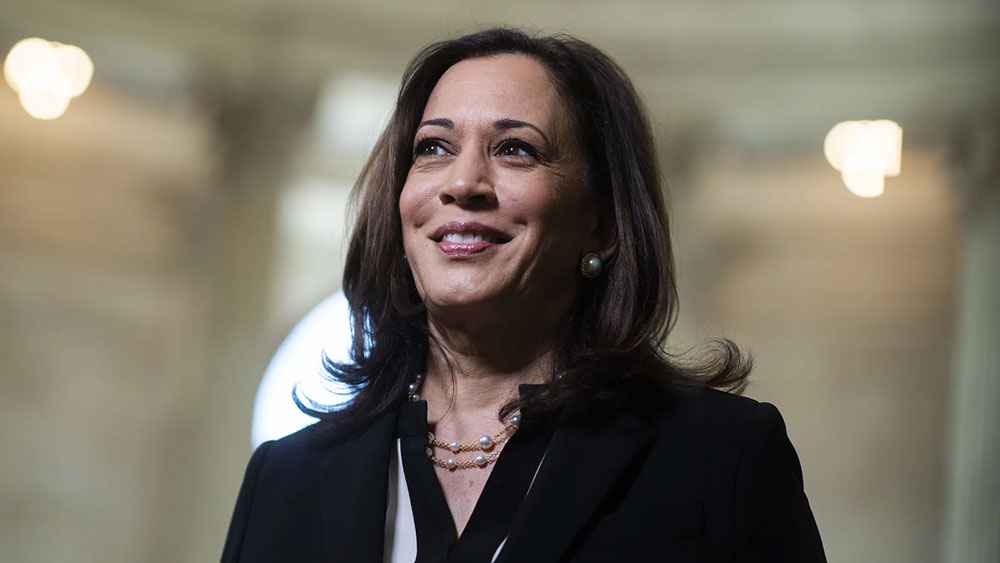 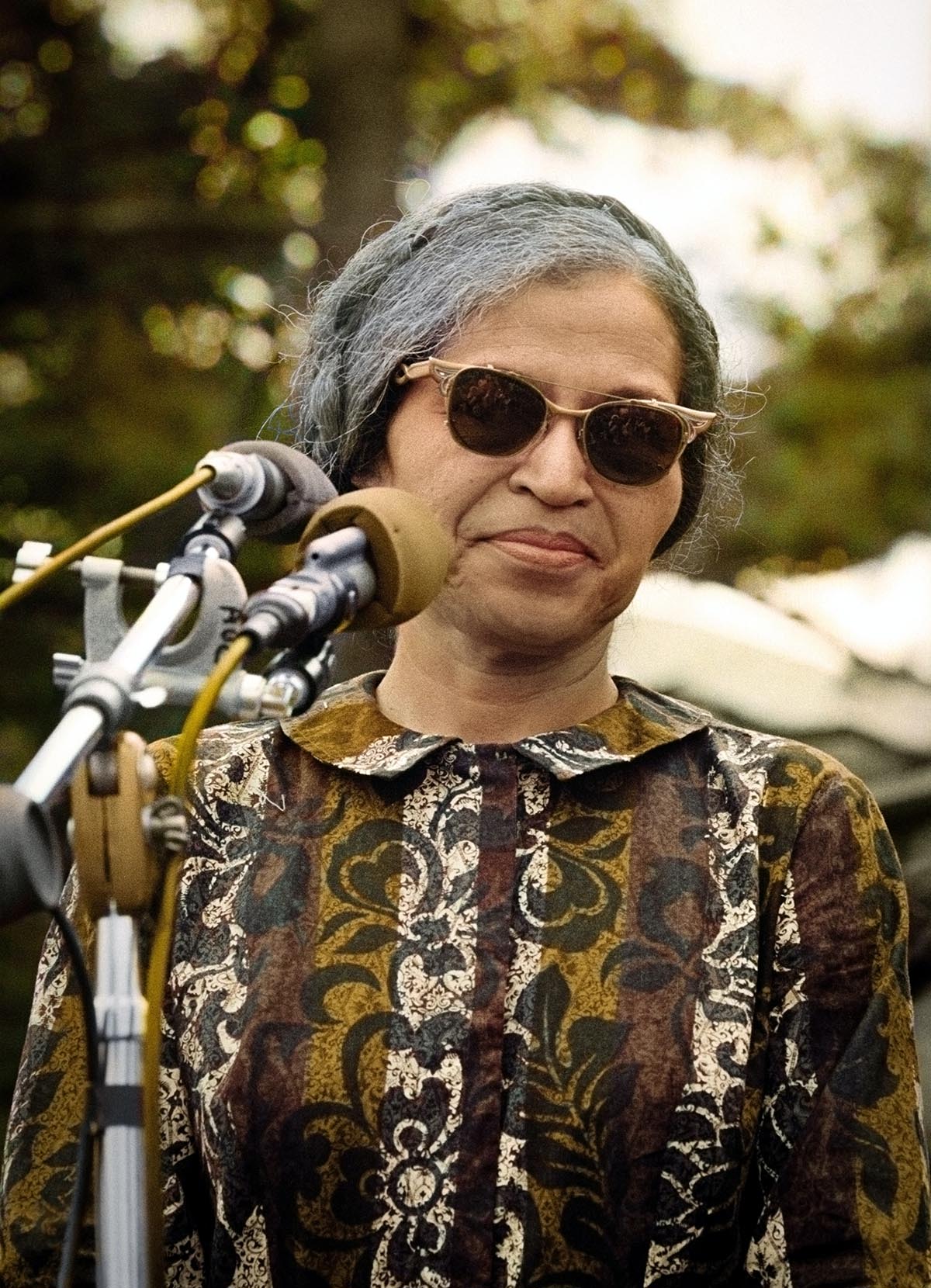 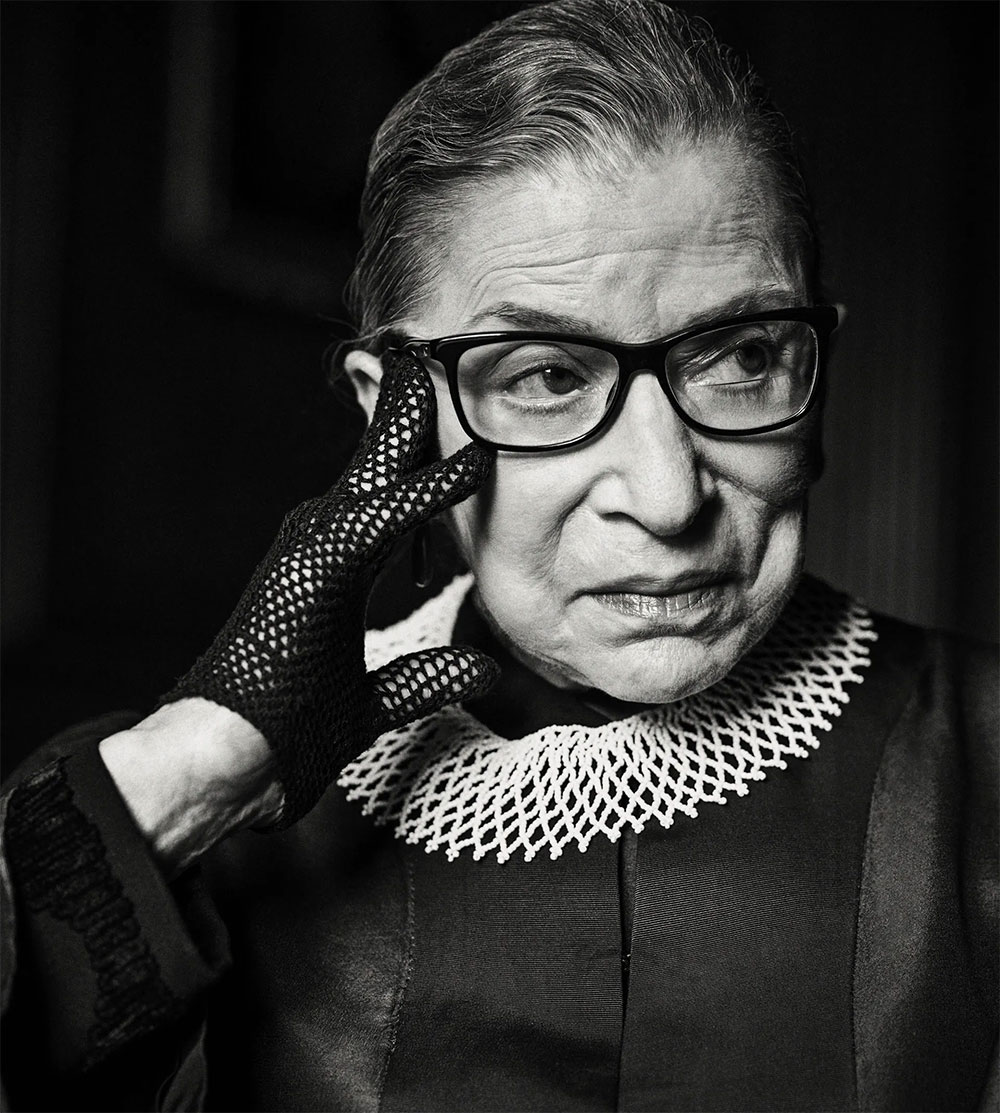 March was Women’s History Month. Our MCM team believes that each day of every month women should be celebrated. “Women are the backbone of our communities,” Mundo says. “They go through the toughest situations in life and come out of it stronger than ever. They inspire all those around them.”

Marin County is home to many empowered women. We profile a few below: 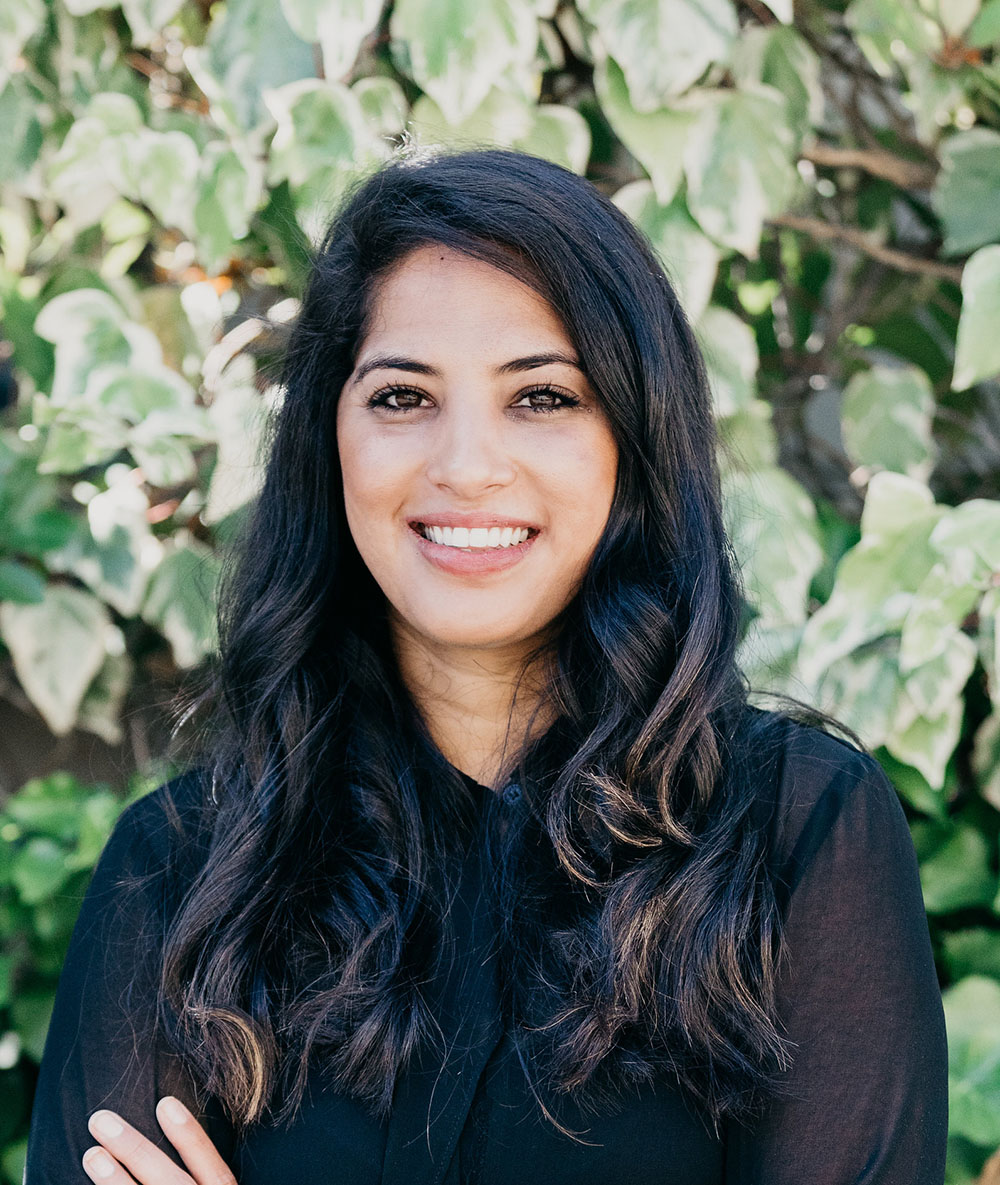 Multicultural Center of Marin
Board Member

What advice would Khadija give to young women?

Believe in yourself first.

Stay true to who you are.”

Khadija Hansia-Gibson was born and raised in Mill Valley, where she currently lives. Her parents are from India.

“Growing up, I was much more comfortable at home and in the community than at school,” she says. Khadija remembers being in sixth grade and the teacher asking each student to draw themselves. “I picked up a peach color crayon for my skin. But, my friend handed me a brown crayon,” she says. “That was my first realization of being a different color.”

From ninth grade through her second year in college, Khadija wore a hijab. A woman in her class turned to her and said that she would not get on a plane with Khadija because she might have a bomb under her hijab. This was a turning point that led to Khadija speaking up more in school.

She is a member of the Islamic Center of Marin. Initially, she spoke at rallies to spread correct information about Muslims. She is still a speaker and describes her talks as taking people from ignorance to knowledge.

After completing a bachelor’s degree in international relations and international business at San Francisco State University, she worked in marketing for 10 years. Now, she is a wedding and event planner. 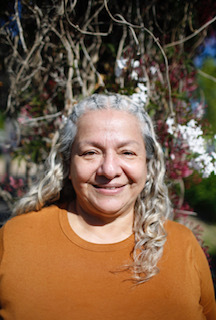 What advice would Marina give to young women?

I would encourage them to focus on their goals…

…to always ask questions, and to always remember where they come from. To follow their dreams is not going to be easy, but the attitude ‘Sí, se puede/Yes, I can!’ will take them far.”

Marina Palma, an immigrant from El Salvador and a resident of the Canal, is a volunteer and community activist. She is passionate about immigrants’ rights. Marina was elected to the Board of San Rafael City Schools in November 2020.

“Becoming a school board trustee opened the door for me to advocate for Spanish-speaking students and parents,” Marina, a single mother, and grandmother says. “I work to make sure students have what they need to graduate and apply to higher education.

”For Marina, it’s important for her to get to know parents. Also, she wants parents to be up-to-date with technology, as computers and online connectivity are important to ensuring that educational opportunity is available to all children, regardless of economic status.

Marina wants to empower young women and men to never give up. “As a woman of color, I’ve faced many challenges,” she says. “Now, I encourage others to recognize their strengths and find mentors to help reach their goals. I am grateful to those who’ve helped me.”

I enourage others to recognize their strengths…

Canal Mini Soccer League, which Marina helped organize more than 10 years ago, gives parents and children an affordable way to be outdoors, learn the sport, and play. The City of San Rafael Community Services has been an important partner in this effort.

“I like to learn new things and to build self-improvement into my daily routine,” Marina says. “I always aim to be a better version of myself.” This includes with her family, with her co-workers, when advocating for community members, and when supporting students. 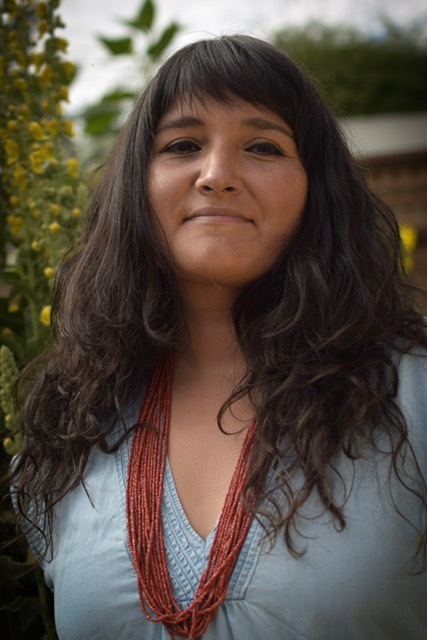 What advice would Victoria give to young women?

…that they should trust their intuition.

Victoria Canby is a Marin County resident and a member of the Diné Nation. Her mother is Diné and her father is from El Salvador with Russian and Italian ancestry. She is the interim Executive Director of the Museum of the American Indian in Novato.

Victoria and the museum staff are in conversation about having the museum be both a cultural center and a museum. “I believe it’s not just about the past,” Victoria says. “It’s about how Native Americans live now and what Native American culture is now. Some tribal members are redefining traditions. It’s about bringing the past, present, and future together.”

At the museum, I want to be culturally sensitive and tribally specific.

Victoria comes from a matriarchal society. The women in her family and in her tribal community are leaders. She is committed to doing something with her own voice.

“In terms of Marin County, I want to see acknowledgment of the native people who live here,” Victoria says. “Through education, we can break the cycle of misinformation. We all have unique experiences and as a community, we grow stronger if we listen to each other.”

Victoria grew up in Marin County and it took her a long time to figure out who she was. “There was no native representation,” she says. “We need to make sure that if someone identifies as indigenous, there’s a place they can go where they feel welcomed and honored.”

Victoria serves on the diversity and inclusion committee for a charter school. She holds a BA in Art History and a MA in Humanities. Currently, Victoria is working on a BFA in Museum Studies at the Institute of American Indian Art.

“We cannot seek achievement for ourselves and forget about progress and prosperity for our community…Our ambitions must be broad enough to include the aspirations and needs of others, for their sakes and for our own.”