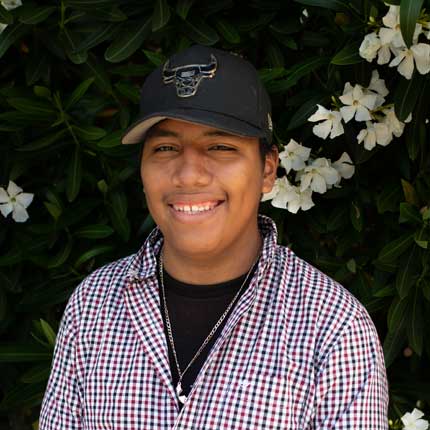 Brandon is a founder and host of TAY Radio Marin. He was raised in San Rafael and currently attends College of Marin. He hopes to become a therapist to help low-income students who are at risk. As a high school student, he struggled academically and emotionally but, when transferred to Marin’s Community School, he found resources that helped him to succeed. Through school, he was led to the Multicultural Center of Marin’s Presente program and TAY Radio Marin. Now he is on a path to success.